Synchron in the Media 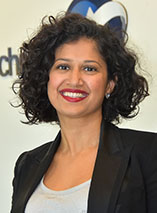 appointment of Gee Vas to the role of State Manager for Queensland.

The appointment follows on from the announcement of the retirement of current State Manager Gerry Porter, made at today‘s Synchron PD Day in Brisbane.

‘We are thrilled to have someone of Gee‘s calibre and experience joining the Synchron family and look forward to seeing her continue the outstanding work done by Gerry Porter in Queensland,‘ said Mr Trapnell.

Gerry Porter has been a Synchron adviser for 15 years and Queensland State Manager since January 2009. He is responsible for Queensland now being the licensee‘s second largest state; increasing the number of Synchron representatives from 20 to 115. Mr Porter was awarded the prestigious Michael Murphy Award in 2015 from the Association of Financial Advisers.

Formerly a Business Development Manager with Zurich, Ms Vas has a decade of experience in both investments and insurance, and has also previously held roles with TAL and Aviva Australia (since acquired by MLC Limited).

‘I‘ve worked closely with Synchron over the last six years and so I‘m delighted to now be joining their amazing team,‘ said Ms Vas. ‘I‘m passionate about the financial services industry, especially risk insurance, and look forward to cultivating strong relationships with advisers and sales executives, while continuing the growth of Synchron in Queensland.‘

Established in 2006 and open to Synchron advisers and sales executives aged 40-years and under, the NextGen initiative helped bring the average age of a Synchron adviser down from 59 in 2006 to now 48.

The conference concentrates on engaging delegates in the often forgotten soft skills of client interaction.  There is a strong emphasis on cultivating relationships between advisers and sales executives via a balanced mix of educational classroom settings and outdoor, interactive sessions.

Synchron director Don Trapnell said he is delighted to be taking the unique conference to Outback Australia for its 10th birthday.

‘Alice Springs is such an amazing environment for a conference like NextGen, a huge part of which is all about team building and establishing relationships. NextGen is known for challenging young professionals physically, mentally and emotionally and where better to do that than in the Outback,‘ Mr Trapnell said.

Leading this year‘s conference program is The Sales Strategist, Brad Tonini, who will coach delegates in areas such as increasing sales in challenging times, developing a sales culture and selling for non-sales people.

‘Brad Tonini is one of Australia‘s premier public speakers and such a sought after sales strategist. Our young advisers, along with the whole industry, are experiencing so much uncertainty and change and so this presentation will provide them with the confidence to really look at their business models and make the changes necessary so they can continue to excel,‘ said Mr Trapnell.

‘We are delighted to have someone of Michael‘s calibre joining the Synchron family. Michael brings a wealth of experience to the role, which will be based in Melbourne, and his appointment comes at a pivotal point in Synchron‘s history,‘ said Mr Trapnell.

The appointment of Mr Jones will allow Synchron‘s current Head of Compliance John Prossor to focus on his responsibilities as a Synchron executive director.

Mr Jones holds a Bachelor of Business (Banking and Finance) and Bachelor of Laws, as well as a Diploma of Financial Services, and is a Member (Accredited Associate) of the Australian Compliance Institute. Prior to UBS Wealth Management, Mr Jones has also held compliance roles with IFM Investors and National Australia Bank.

Synchron Director, Don Trapnell said the State Revenue Office (SRO) Victoria had assessed that Synchron was liable to pay payroll tax in relation to the commissions and fees it collects on behalf of some of its advisers. ‘The SRO‘s assessment was that authorised representatives who do not employ two or more people are considered employees or relevant contractors for payroll tax purposes,‘ Mr Trapnell said. ‘The implications for Synchron and for licensees across the industry were enormous.‘

The assessment meant that potentially all licensees would be liable to pay around five per cent payroll tax on the gross revenue of these authorised representatives, backdated seven years. ‘It would have meant a huge tax bill for licensees and had the potential to send smaller licensees broke,‘ Mr Trapnell said. ‘In effect, the SRO was trying to apply payroll tax in relation to the smallest of small businesses ‘" advisers who have just started out, or those who choose not to employ anyone.‘

While some other licensees had decided it would be easier to settle, Synchron felt an obligation to contest the SRO assessment. ‘As a substantial licensee, we felt we had an obligation not just to ourselves but also to the industry not to blindly accept the assessment given to us,‘ he said.

Synchron argued that its legal obligation to collect fees and commissions on behalf of authorised representatives, coupled with the fact that Australian financial services licensees are also legally required to provide other functions such as compliance, education and training, meant these authorised representatives were not employees or relevant contractors for payroll tax purposes.

In February 2014, Synchron requested the matter be referred to the Supreme Court and supplied significant documentation arguing its case. The matter was set down for trial in February 2017, however on 1 June, Synchron‘s lawyers forwarded a letter from the SRO Victoria stating:

‘The Commissioner has determined on the basis of the evidence presented by your client that your client is correct, to contend that the arrangements between your client and its authorised representatives are not relevant contracts for the purposes of section 32 1(B) of the Payroll Tax Act 2007.‘

According to Synchron director John Prossor, ‘We believe that‘s the correct and just outcome from this matter, firstly for Synchron and for its authorised representatives, but also for the industry at large.‘

The situation arose following the Harmonisation of Payroll Tax in Australia which saw the removal of a NSW exemption for authorised representatives of Australian Financial Services Licensees. ‘When the exemption was removed, the prevailing view was that it would have little causal effect,‘ said Synchron Independent Chair, Michael Harrison. ‘In reality, as soon as it was removed, the SRO jumped on the issue.‘

Mr Harrison said the situation is also an unintended consequence of the  Corporations Act which Synchron lobbied to have changed in 2014. ‘We teamed up with law firm Lander & Rogers to push for amendments to the Corporations Act which would allow financial advisers to receive payments directly from product providers,‘ he said. ‘Payments for advisers must be paid by clients to licensees who hold the money in trust for their advisers.  We have seen two examples in our industry of licensees who went broke and liquidators took money owed to their authorised representatives because the licensees had no facility to hold that money in trust. It is one of the reasons why we pay our advisers daily.‘

In a case spanning five years and costing Synchron more than $500,000 in legal fees, Synchron campaigned heavily on the issue, approaching industry bodies and prominent politicians. ‘Despite earning the sympathy of some high profile Ministers, politicians were unwilling to take any action that would impede the collection of state payroll tax,‘ Mr Harrison said. ‘We were largely on our own.‘

Mr Harrison said the SRO‘s assessment also ran counter to the Australian Government‘s desire for business modernisation. ‘In today‘s world advisers don‘t have the same need to employ physical staff,‘ he said. ‘They use software and virtual assistants such as paraplanners who work within other organisations to do many of the tasks required in a financial advice business. The way we do business has changed with the times, but with its focus on the number of employees within a financial advice business, the SRO did not recognise this; it did not recognise these businesses as small businesses in their own right.‘

Synchron sent a video on the issue to its authorised representatives on 9 June, 2016. It can be viewed at the following link:

SyncAdvsr to integrate with Xero

Synchron director Don Trapnell said the dealer group is in the final stages of talks that will see SyncAdvsr integrate with the accounting software.

‘A partnership with Xero will provide our advisers with complete confidence when dealing with referral and product partners. They will be able to clearly see how much revenue they have received from where and cross-reference that information with their bank statements. This will make it extremely easy for them to see what they have been paid and what is still outstanding,‘ Mr Trapnell said.

SyncAdvsr was made available to every Synchron advice business in February, as part of the Synchron suite of services andis already being very well-received by advisers.

Synchron adviser and director of Sound Life Financial Services Jane Looker said she is very happy with the SyncAdvsr software.

‘Our referrers are set up and we have a complete printout of all revenue received with a breakdown of upfront and ongoing. What this software has done for our forecasting, costings and budgeting is unbelievable. We love having the practice dashboard and then our own individual adviser dashboards as well - it is working really well.‘

Mr Trapnell said he is delighted with how well SyncAdvsr has been received.

‘Of our 400 advisers, over 50 per cent have already started using SyncAdvsr and it is absolutely changing the way they do business,‘ he said. ‘This tool is allowing Synchron advisers to maintain and nurture their client relationships, while improving efficiency in their business.‘

SyncAdvsr automatically generates fee disclosure statements and opt-in notices and monitors the return of those notices via a central dashboard in Synchron‘s Melbourne head office. It also incorporates business analytic metrics which group commissions and/or fees received per adviser, per life company and per fund manager and then automatically calculates and produces commission and fee-split statements for referral sources such as accountants, general insurance brokers and finance brokers.

Synchron adviser Katriel Warlow-Shill was instrumental in the development of SyncAdvsr and has since launched Advsr, an online commission management and compliance interface for advisers. Mr Warlow-Shill said the SyncAdvsr package is designed to provide advisers with information that would generally not be readily available to them.

‘In my own practice I needed a cost-effective program that could not only reduce the amount of time I was spending on admin in my business, but also tell me how much money was coming from any particular client over any particular period of time and how much a specific referral partner had referred to me. It also provides me with transparency around relationships between my clients.‘